Written in for NaBloPoMo October: Fall posted by BlogHer.
Prompt for October 4- what is your favorite Halloween costume. 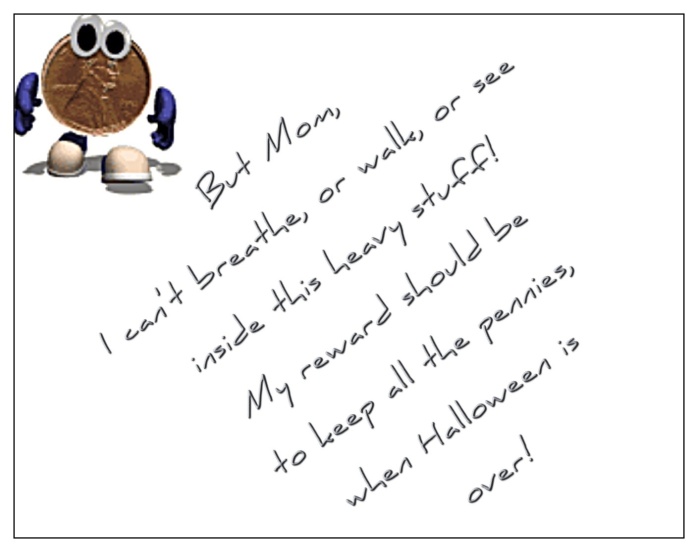 He could hardly stand, the weight of his costume sitting atop his frail, ten year-old frame. Though his face was covered, I could still see his shocking blue eyes peering through, knowing that his strawberry-blond hair, was in disarray – disheveled ‘neath the overwhelming masquerade.

Mom was never at a loss for clever costume ideas, and being a seamstress and naturally creative person, this was one of her best; as proclaimed by onlookers, costume judges, kids, and other Moms. But we all knew, that the mischievous red-head wanted to shed the heavy coat and run, unencumbered, down Berryman Place, the narrow tree-lined street on which we lived.

Days earlier, my mother, sister and I had spent hours, methodically taping the saved-up copper pennies to the paper costume shell; deploying the care and patience a dressmaker might have used to meticulously affix pearly beads to an expensive bridal gown.

“Mr. Penny” won the costume competition and that day would live on, in the annals of Berryman Place. As I think about those days (which I seem to be doing alot lately), I can’t help but let a tear or two escape. They are tears of joy and sadness, wistful for the family we were; for Mom and Dad and the sacrifices they made for their three children; for the days of playing stick ball in the street and flipping baseball cards against the front stoop; but most of all, for my freckle faced baby brother. 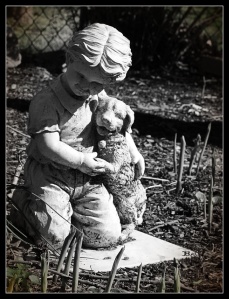